Home » Latest » Internet sensation: As people compare Donald Trump’s hairstyle with that of a Chinese bird

A golden pheasant in China has become an internet sensation because some Chinese people seem to see a striking resemblance between the bird’s hairstyle and that of Donald Trump.

Pictures of the animal became widely shared on Chinese media today after a journalist from Hangzhou area of China, took a picture of the male bird and pointed out the ‘striking similarity’ between him and the US President-elect.

The keeper of the bird, Mr Gao, who works for Hangzhou Safari Park in eastern China, where the five-year-old bird live, told MailOnline that he was surprised to hear the news, however he had begun to notice the resemblance between the two:

‘I had not noticed the likeness in the past because I had not paid particular attention to the pheasant’s hairstyle. ‘But after Trump was elected President of America, I start seeing more pictures of him and I think the pheasant looks a little bit like him. 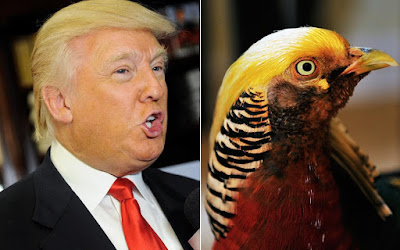 Chinese internet users have been amused by a collage of the bird also known as  ‘Little Red’ and Donald Trump, with many expressing their thoughts on the resemblance. 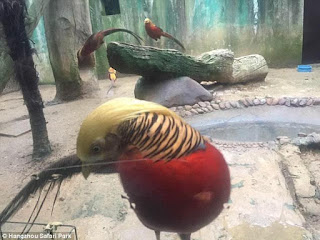 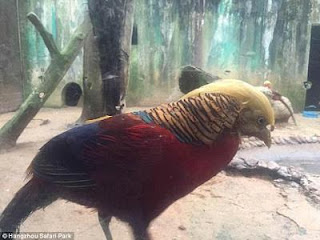 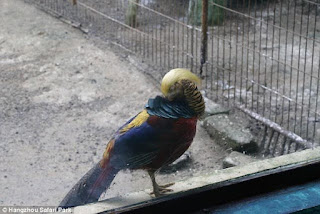